Long Face in Two-Tone
Here's me practicing exactly the kind of head-shots I'd prefer not to see in D&D adventures. 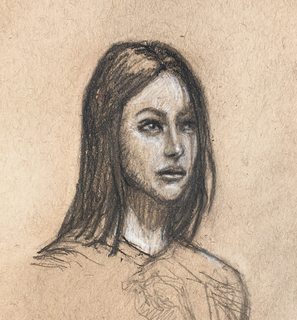 Credit to this fellow. He drew the reference I was trying to emulate.
Last edited: Feb 8, 2022 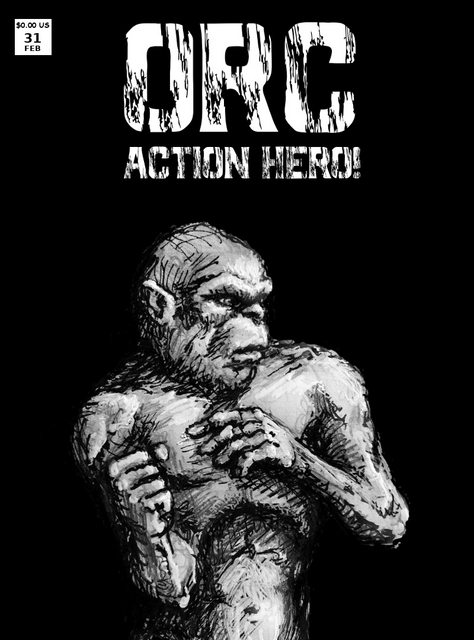 Finally finished inking this one. Not great, but I learned a lot. 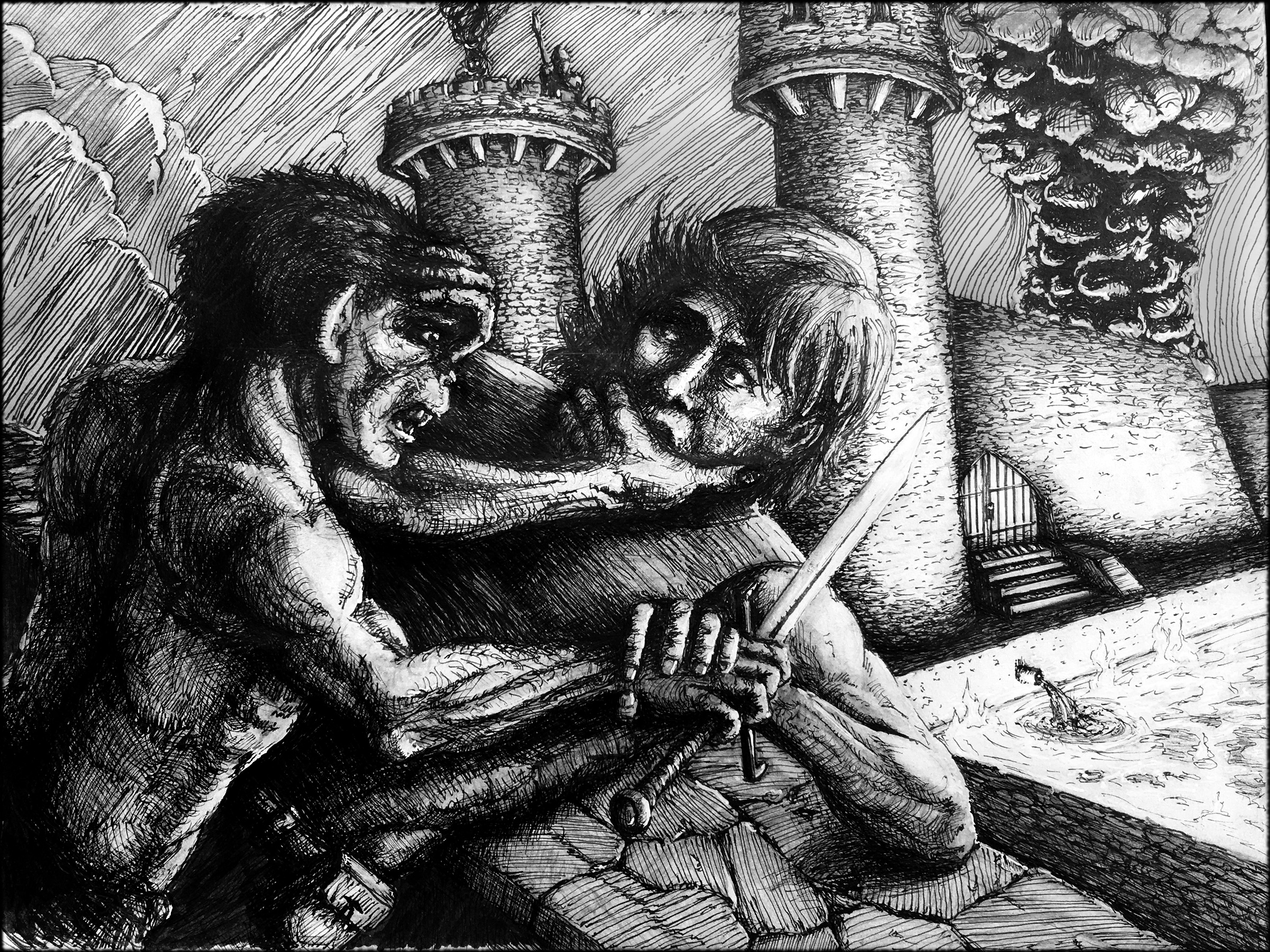 A one-night fling with mech: 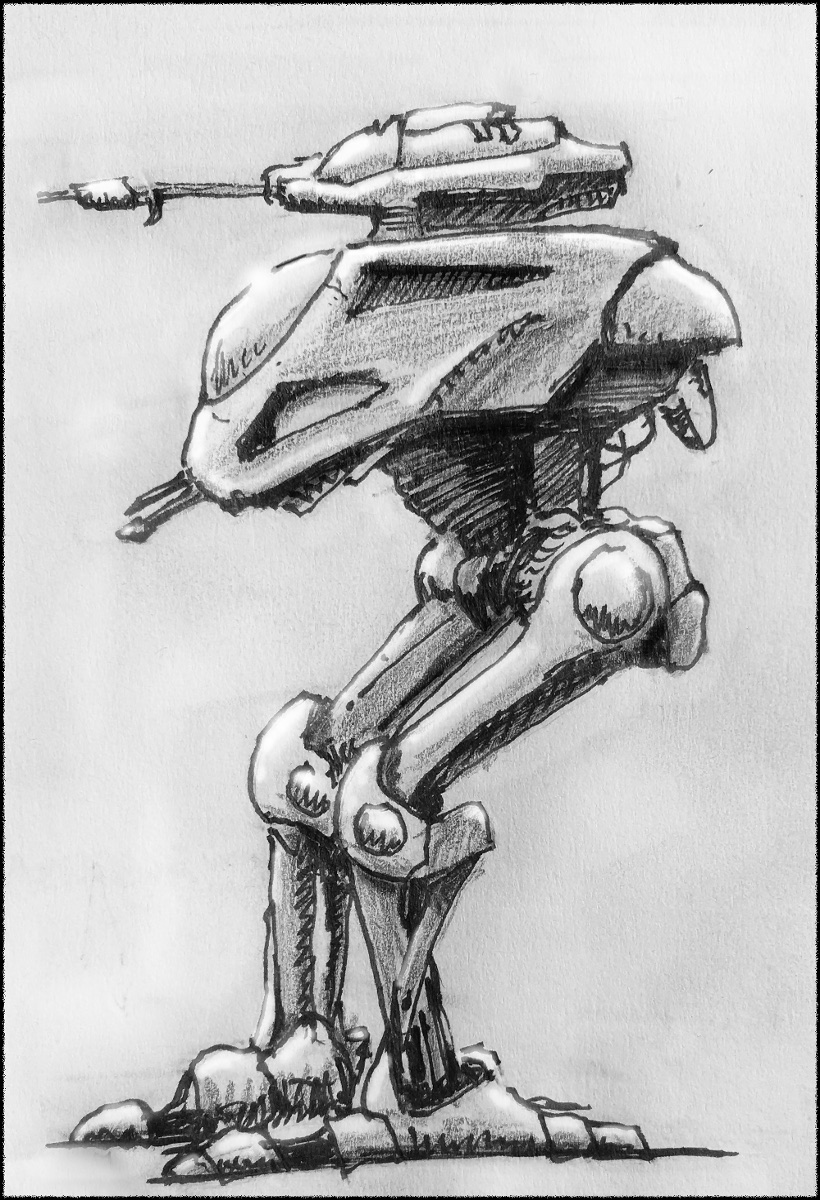 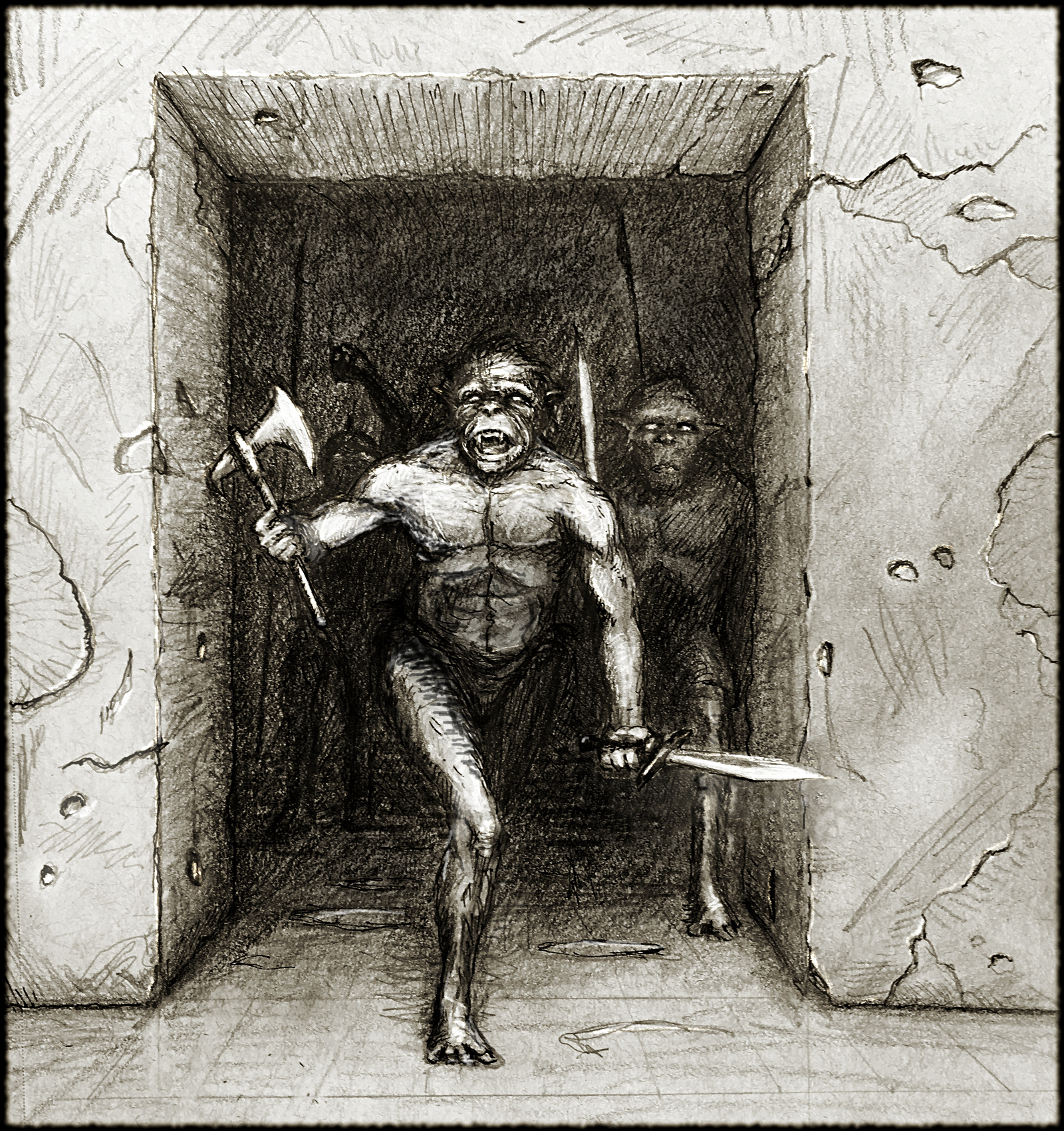 I've got a few of his comics in the old collection.

The1True said:
I've got a few of his comics in the old collection.
Click to expand...

He did at one point work for Image (Jim Lee's Co.) and when I dig on-line a bit I see him aping Lee's style (as many there did) but I don't much like his super hero work (he didn't either!). He eventually left to do things like Weapon of the Metabarons, but was too ambitious and wanted to paint every interior page only discover he was too slow for production work. This comic strip is clearly a passion project and shows him at his next-level best (sans deadline). The inking skill and use of light and shadow is phenomenal in all his later work. The earlier superhero stuff...not so much.

I really dig that sleek, late-90's comic style. Are you familiar with Joe Madureira? I loved Battlechasers back in the day. He's moved on to game design and concept art. A lot of these marquee artists were too slow for sequential fiction in the end and had to move on to covers and concepts. Adam Hughes is another fantastic example. He almost says it all with those thick, liquid contour lines.

I had not. Peeking at your links I'd say Joe Madureira is a bit anime/cartoon for my tastes, and while Hughes is achieving some very polished photo-realistic work, it mostly done through digital painting (i.e. not line-work). He reminds me a bit of Frank Cho---who actually is capable of amazing line work but that rarely makes it into his comic art.

What impresses me most about Chareat is the understated (realistic) anatomy, complex ink hatching, and understanding of light and dark silhouettes plus cast shadows. You just don't see that with most of the (digital) contemporary crowd. He really stands out to me.

I did not know Martin, but he looks to be a big Steve Ditko fan.

I recognize Russle from back in my collector days. I would say his work generally hits the target for me, but like some of his contemporaries (Broderick, Willingham, Golden) his anatomy learns towards the stylized in a way that sometimes work for me, and sometimes misses.

It may not have been entirely their fault. I have read that art schools in the late 60's and 70's went to pot (no pun intended) as the counter-culture took them over. They stopped teaching in the classical manner and it became more about "finding your personal truth style". This was partially a response to the collapse of the commercial illustration market as photography took over in the magazines and ad industry. Folks like Ronald Dahl and others before him has success in the children's literature market with a stripped-down and simplified (abstract/child-like) style. The emphasis turned to finding a personal style such that learning realistic anatomy etc. were ditched as "too confining, man". Interesting how that generation always justified avoiding hard work.

There has been a fairly recent trend in art schools to get back to the Atlier, Golden Age of Illustration, style of education (late 19th century, early 20th)---which sounds very hopefully to me. I think this next generation is really going to shine now that some of the lingering after-affects of the Baby Boomer's relativist/do-as-you-will/if-it-feels-good-do-it mentality is starting to fade in the educational system momentarily.

Latter work? There is only one right?
His opus took what 30 years?

Reading Wind in the Willows with the Rackham illustrations to my kids atm. Rackham is amazing
O

But Marcos did the daredevil run that TV show was based on. He is very modern.

I would add the Love and Rockets, Ba brothers (whoever did early umbrella acadamey I think. This Brazilian GN they did has always stuck with me). Luna brothers are good too Bros for life
O

The1True said:
Reading Wind in the Willows with the Rackham illustrations to my kids atm. Rackham is amazing
Click to expand...

There was a rakham dnd book i saw speaking of

Rackham is wonderful! If I could emulate some of his imaginative style in my D&D art, I most certainly would.

it's the meow that got me.
O

Enjoy the latest exploits of the indomitable Noble Savage!
Coming to your favorite comic shop...never.
Click to expand...

Thanks! It's a little funky having started out as a scribble in the margins of my graph paper (pencil, then ink, then white gel pen), but something about the body-language in the pose hooked my eye so I cut it out digitally and filled the background in black. It's so late-eighties-independent-comic-cover to my brain. A happy accident. I'm tickled that someone else digs it.